When are 100 mosques in one city not enough?

When they're located in New York City.
Perhaps it goes without saying, but affixing Freedom of Religion to the First Amendment of the Constitution was never intended by the Founders as a means of excluding our Judeo-Christian principles from either the national landscape or the corridors of power.  And why would they?  Forty-nine of the 56 Founders were born-again Believers, and the other seven were merely unaffiliated deists.
The Framers were neither atheist, nor ag/ignostic, nor humanist, nor pure secularist.  And of course, none were Muslim.  Freedom of Religion was included to ensure that no Christian association (Baptist, Methodist, Presbyterian, etc.) would be shown preference by the government over another, which was explained perfectly -- when kept in its proper context -- by Thomas Jefferson in his "Wall of Separation" letter to the Danbury Baptist Association of Connecticut some 208 years ago.
Hence, stating that the Religion clause was not inserted into the Constitution to permit an extremist sect to dominate our country should also go without saying, and the notion that a group of Christians made provisions to allow for anything of the sort is among the most inescapably asinine perceptions anyone could suggest, directly or otherwise.

But this is the 21st century.  Asinine has become the norm.
Taking the contention regarding a proposed 13-story, $100 million megamosque set to be located near Ground Zero into account, a story from abroad centering upon a comparable issue is worth a look.  With a subtitle that reads, VOTERS in Australia and Britain have had their fill of out-of-control multiculturalism, a piece in the July 3 edition of The Australian summarized a volatile issue that both mirrors the American landscape and becomes increasingly pervasive by the day:
"[Prime Minister of Australia Julia Gillard] sympathises with the concern that large-scale immigration and multiculturalism are threatening Australia's core values and identity, a position the Left denounces as bigotry. 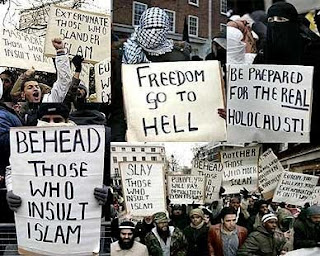 "Consequently, Gillard's remarks have produced predictable cries of 'racism' and 'dog-whistling.'  So why has the new Labor leader ventured into this particular cultural minefield?  The explanation is that something tumultuous is happening, not just in Australia but in Britain too, something so unusual that people are stumbling around in a state of stunned disorientation.
"It is that politicians are at last actually taking seriously what their electorates are saying to them about immigration and multiculturalism.  This is that they will no longer put up with a policy which threatens to destroy their country's values and way of life, and will vote accordingly."
That's a bold comment considering these hypersensitive times.  Directly below is another direct statement from former Speaker of the House (and possible Presidential contender) Newt Gingrich:
Newt Gingrich Statement on the Proposed "Cordoba House" Mosque near Ground Zero
July 21, 2010
There should be no mosque near Ground Zero in New York so long as there are no churches or synagogues in Saudi Arabia.  The time for double standards that allow Islamists to behave aggressively toward us while they demand our weakness and submission is over.
The proposed "Cordoba House" overlooking the World Trade Center site -- where a group of jihadists killed over 3,000 Americans and destroyed one of our most famous landmarks -- is a test of the timidity, passivity and historic ignorance of American elites.  For example, most of them don’t understand that "Cordoba House" is a deliberately insulting term.  It refers to Cordoba, Spain -- the capital of Muslim conquerors who symbolized their victory over the Christian Spaniards by transforming a church there into the world’s third-largest mosque complex. 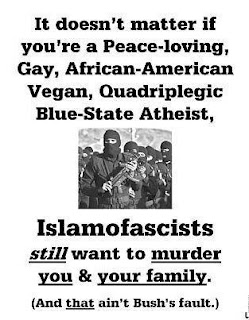 Today, some of the Mosque’s backers insist this term is being used to "symbolize interfaith cooperation" when, in fact, every Islamist in the world recognizes Cordoba as a symbol of Islamic conquest.  It is a sign of their contempt for Americans and their confidence in our historic ignorance that they would deliberately insult us this way.
Those Islamists and their apologists who argue for "religious toleration" are arrogantly dishonest. They ignore the fact that more than 100 mosques already exist in New York City. Meanwhile, there are no churches or synagogues in all of Saudi Arabia. In fact no Christian or Jew can even enter Mecca.
And they lecture us about tolerance.
If the people behind the Cordoba House were serious about religious toleration, they would be imploring the Saudis, as fellow Muslims, to immediately open up Mecca to all and immediately announce their intention to allow non-Muslim houses of worship in the Kingdom.   They should be asked by the news media if they would be willing to lead such a campaign.
We have not been able to rebuild the World Trade Center in nine years.  Now we are being told a 13 story, $100 million megamosque will be built within a year overlooking the site of the most devastating surprise attack in American history.
Finally where is the money coming from?  The people behind the Cordoba House refuse to reveal all their funding sources.
America is experiencing an Islamist cultural-political offensive designed to undermine and destroy our civilization.  Sadly, too many of our elites are the willing apologists for those who would destroy them if they could.
No mosque.
No self deception.
No surrender.
The time to take a stand is now -- at this site on this issue.


I blog often and I truly thank you for your information. This great article has truly peaked my interest. I will take a note of your site and keep checking for new details about once per week. I opted in for your RSS feed as well.