A few exceptions notwithstanding, I just don’t respect the Rap genre’ as I once did.
Posted by AMW at 7:53 PM No comments:

Picked from the ‘net: Not so controversial

This blog was never intended to become so picture oriented. And while I haven’t done much writing lately, a permanent transition from the written word to Web-based memes remains unlikely. Yet having seen the benefit of expanding the parameters of my little corner of the internet-connected world, a new feature called Picked from the ‘net appears necessary.

The original source of all pics (including their veracity) are unknown unless otherwise stated. 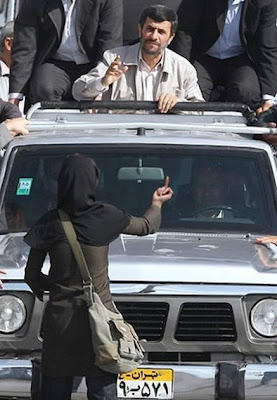 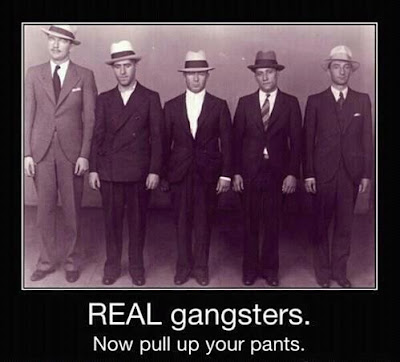 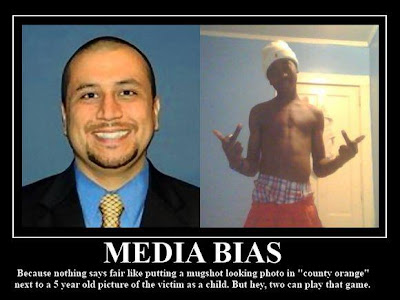 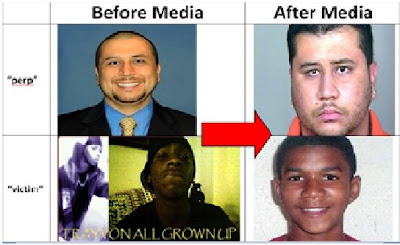 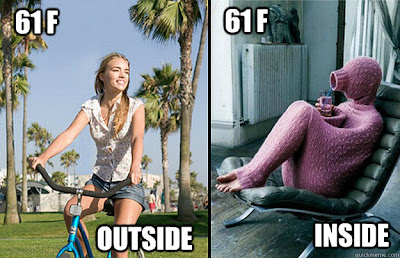 A group of atheists gathered on the National Mall in Washington, DC earlier today to proclaim their disbelief in the Almighty. Though some among these Left-wingers claim otherwise, I’m certain our third President wasn’t one of them.

“Can the liberties of a nation be thought secure when we have removed their only firm basis, a conviction in the minds of the people that these liberties are of the gift of God? That they are not to be violated but with his wrath?

“Indeed I tremble for my country when I reflect that God is just: that his justice cannot sleep for ever: that considering numbers, nature and natural means only, a revolution of the wheel of fortune, an exchange of situation, is among possible events: that it may become probable by supernatural interference! The Almighty has no attribute which can take side with us in such a contest.”
~ from Notes on the State of Virginia, Query XVIII: Manners by Thomas Jefferson
Posted by AMW at 11:43 PM 1 comment:

Email ThisBlogThis!Share to TwitterShare to FacebookShare to Pinterest
Labels: Editorial Sketch of the Week, GOP, politics

“If I were the Devil”

Paul Harvey (1918-2009) was one of our finest broadcasters. Some 47 years ago, he offered a bit of commentary, under three minutes in length, that has proven more prophetic that he could have ever anticipated.

If I were the Devil - Paul Harvey (Warning for America) from anberlin_fan on GodTube.

I recently re-entered the martial arts arena after a 15-year absence. As expected, Brazilian Jiu-Jitsu is no joke. I’ve been grabbed, twisted, thrown and choked in almost every way imaginable. It’s a new way of fighting for a striker’s background like mine and progress has been slow. In fact it will be a full year before reaching my first color belt (blue). But I enjoy the style, and I look forward to learning something new every time I hit the mat. As a result, the following pics definitely say a lot. 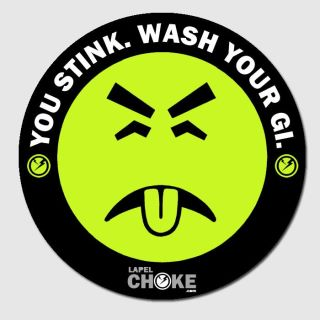 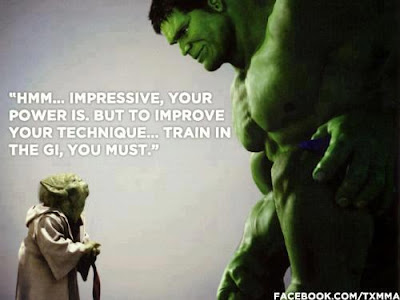 Democracy & capitalism vs. the alternative

The Democratic People’s Republic of Korea is neither democratic, nor a people’s republic. The country better known as North Korea is, in fact, an isolated totalitarian dictatorship by which the ill-fated citizens of this often cold and generally rigid place are plagued by human rights abuses, high rates of infant mortality and a standard of living similar to Third World realms such as Tanzania and Bangladesh.

South Korea, on the other hand, is a republic similar to numerous democracies around the world (including our own). Devoid of immense human rights violations, South Koreans enjoy the highest standard of living in Asia while boasting of the twelfth-largest GDP on Earth.

The picture below, which compares the capital city of each aforementioned nation, sums it all up.

Sunday’s Quote: On the welfare state

While Alexis de Tocqueville is best known for his two-volume work, Democracy in America, it is perhaps a more obscure effort that he composed around the time of Democracy’s initial release that speaks volumes about one of the key social issues plaguing the nation for which the French philosopher once wrote so glowingly.

Feel free to read this one lengthy sentence over and over again. Every word is as perfect as it is relevant to this day.

“But I am deeply convinced that any permanent, regular, administrative system whose aim will be to provide for the needs of the poor, will breed more miseries than it can cure, will deprave the population that it wants to help and comfort, will in time reduce the rich to being no more than the tenant-farmers of the poor, will dry up the sources of savings, will stop the accumulation of capital, will retard the development of trade, will benumb human industry and activity, and will culminate by bringing about a violent revolution in the State, when the number of those who receive alms will have become as large as those who give it, and the indigent, no longer being able to take from the impoverished rich the means of providing for his needs, will find it easier to plunder them of all their property at one stroke than to ask for their help.”
~ Alexis de Tocqueville, “Memoir on Pauperism: Does Public Charity Produce an Idle and Dependent Class of Society?” (1835)
Posted by AMW at 11:33 PM No comments:

Editorial Sketch of the Week: Strange weather (not that I’m complaining)

Email ThisBlogThis!Share to TwitterShare to FacebookShare to Pinterest
Labels: Editorial Sketch of the Week

When additional description is redundant

A couple of pics from the digital tribe that caught my eye. . .

I didn’t like Napoleon Dynamite when it debuted on the big screen in 2004. I thought it was just another indie waste that benefitted from MTV-generated hype. But after watching the flick another six or seven times, I am now compelled to drop whatever I’m doing the moment I see it on television.

Taken at Comic Con in San Diego last July, the pic above is a nice candid shot of Deb, Grandma, Napoleon, Kip, Pedro, Uncle Rico and Rex. An outstanding ensemble if ever there was one.
Posted by AMW at 7:51 PM No comments:

Having authored dozens of books, hundreds of short stories and several thousand essays in his lifetime, Gilbert Keith Chesterton (1874-1936) was “a man of colossal genius” whose intriguing, if not groundbreaking, take on a plethora of topics established this London-born sage of Christian apologetics among modern history’s most extraordinary intellectuals.

Below is a selection of his opinions about education, which evidently ring just as true today as they did a century ago.

“IT is rare to come across anyone enthusiastic for our system of elementary instruction. It is not common to find anyone who is even free from grave misgivings about it. Nobody seems very keen about education — least of all the educators. I have a huge personal respect for the teachers in the Church and State schools, in regard to their untiring cheerfulness, industry, and courage. But I never met one of them who seemed at all certain that the system was doing any good.”
~ from Chesterton’s piece in The Illustrated London News; August 24, 1912

“NO MAN who worships education has got the best out of education; no man who sacrifices everything to education is even educated. I need not mention here the many recent examples of this monomania, rapidly turning into mad persecution, such as the ludicrous persecution of the families who live on barges. What is wrong is a neglect of principle; and the principle is that without a gentle contempt for education, no gentleman's education is complete.”
~ from Chesterton’s essay, The Superstition of School

“WE believe that a purely intellectual conspiracy will soon threaten the very existence of civilization, that the scientific and artistic worlds are silently bound in a crusade against the Family and the State. We have formed a special corps of policemen, policemen who are also philosophers. It is our business to watch the beginnings of this conspiracy.”
~ from Chesterton’s novel, The Man Who Was Thursday
Posted by AMW at 11:53 PM 1 comment:

Editorial Sketch(es) of the Week: Duplicity at home and abroad

C.L. Bryant, a former NAACP chapter president and current Tea Party activist, is set to debut a documentary-style movie about his journey away from “the Progressive plantations of the government masters, the eyes of liberal overseers and the whips of conformity.” His trailer is definitely worth a look.

There’s a lot to like about Allen West. Anything but a typical politician, this 22-year Army veteran has spoken frankly about Islam and the War on Terrorism more than once. His most recent statement is no exception.

“I want to extend my sincere condolences to the families of the Army Colonel and Major who were killed by Afghanistan security forces over this ‘burning Koran’ episode. If we had resolute leadership, including in the White House, we would have explained that these Islamic terrorist enemy combatants being detained at the Parwan facility had used the Koran to write jihadist messages to pass to others. In doing so, they violated their own cultural practice and defiled the Koran. Furthermore, they turned the Koran into contraband. Therefore, Islamic cultural practice and Parwan detention facility procedures support burning the ‘contraband’. Instead here we go again, offering apology after apology and promising to ‘hold those responsible accountable’. Responsible for what?

“When tolerance becomes a one-way street it leads to cultural suicide. This time it immediately led to the deaths of two American Warriors. America is awaiting the apology from President Hamid Karzai.”
~ Rep. Allen B. West (R-FL, 22nd congressional district); February 27, 2012﻿﻿﻿
Posted by AMW at 10:50 PM No comments:

Editorial Sketch of the Week: The downside of prophecy

Some pics that caught my eye


Regarding Andrew Breitbart’s untimely death earlier today, Rolling Stone’s Matt Taibbi wrote “Good! Fuck him. I couldn’t be happier that he’s dead.” So someone vandalized (so to speak) his Wikipedia page, replacing his profile shot with a picture of excrement — to which I say. . . good. F--k him.