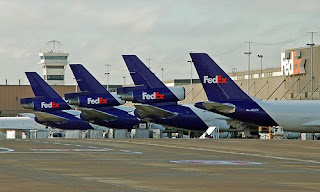 The long, unfriendly drive was not an unfamiliar one.  Adam had taken this beaten path before.  "This is not how I envisioned spending my 29th birthday."  It was a notion Adam was unable to escape.
The thought of returning yet again to perhaps the most undesirable of locales simply turned his stomach, for it would require volumes to adequately explain how the vestiges of south Memphis made for a plethora of nauseating experiences in the past.
Though he'd seen it before, Adam found himself staring in amazement as he drove by the vacant lot where a once-massive cathedral of capitalism formerly stood.  "That used to be the Mall of Memphis," Adam thought as he passed through the not-so-aptly named American Way.
Figures. Raleigh Springs is probably next.
A torrential down-pouring of finality set in as Adam approached Democrat Road.  He briefly considered his options, however few they might've been, but relented when he came to grips with the reality that there was no going back.
Perhaps I should have taken the bank's job offer after all. 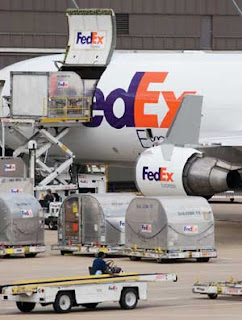 Adam has held corporate-type jobs before, the most notable of which includes a 65-month stint with a Memphis-based financial institution that actually sold itself out twice before the name was finally wiped from atop their headquarters.  That's where his brazen distaste of south Memphis originally came to fruition.
The mere sight of Graceland now onsets a variety of flashbacks that compare to a corporate version of Vietnam, and it moreover supplied the basis for Adam's decision to not accept another bank position.
Surely I can do better.
It was that particular reckoning that repeatedly played in Adam's head as he sailed toward a relatively obscure setting that more closely resembled a prison than that of a work environment.
Adam parked his car behind a chainlink fence fronted by an apathetic-looking woman who apparently represented the company's finest in security enforcement.  It is doubtful she has ever done much of anything but stand in her upright box and wave people forward.
Our hero was instantly struck by the newness of his surroundings.  The area was abstruse, not at all confining; yet he couldn't help but to feel almost overwhelmingly besieged by his new set of circumstances.
Time to take my man pill.
Adam forced himself to board the shuttle designated to take the new hires to orientation.  He won't soon forget being packed in like cattle with such an over-abundance of morbidly obese individuals. 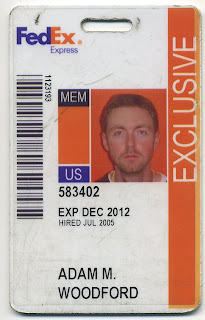 Adam eventually walked into a spacious room loaded with long faces.  It was obvious that no one was especially pleased to be present, but even more noticeable was the sense that everyone was in the same boat regardless of background, circumstances or financial standing.
The evening was filled with mostly vacuous objectives.  The long, drawn-out lectures and company produced videos (complete with only the finest in cheesy, synthesized background music) marked the beginning, middle and end of one trivial talking point after another.
Apparently many of the enigmatic rules and regulations are in place because of past employees who fabricated problems out of non-issues.  As a result employees aren't allowed to sport a piece of clothing that features a logo of any kind because someone -- an overzealous Yankees fan perhaps -- could end up offended by it.  I kid you not.
Interacting with his fellow new employees offered Adam a sense of just how unhinged our society is becoming.  Though Adam gravitated towards three guys named Justin, Kyle and Judson -- "The Country Crew" they called themselves -- one could argue that the sizable classroom encapsulated much of what our parents have been warning us about since childhood.
Adam also picked out more than a few people who had that unmistakable I've done some hard time in prison look, including one guy who must've been a registered sex offender.  Then there was Carl.
Carl was a tall, heavyset black man with cornrows. I say was because a single glance at his otherwise effeminate features could easily bring one to assume that gender reassignment surgery was just around the corner.  God help him.
The instructors didn't go so far as to tell the class that the work would be physically demanding, but Adam understood already that he could expect to end up exhausted after each and every night, which explains why 25% of new hires quit after the first week.
"So here I am," Adam thought.  "Guess college was just a big waste."  It was a defeatist perception, but Adam gets that way sometimes.  Especially when a permanent escape from south Memphis appears all but hopeless.
It's my birthday and I'll cry if I want to.
Posted by AMW at 7:20 PM

As a good friend of mine likes to tell me, "You're so full of hate, let the hate out."

I don't know how 'jarring' it is--but your birthday was certainly lamentable. Hope this year's is better.

I'm not "full of hate," as it were, but the story was borderline prophetic in regard to the physical and mental exhaustion that has been the norm for nearly five years now. It's odd to be grateful for a job that takes such a toll, but I know that I'll remember both the bad and the good when the door finally opens to leave such conditions behind.