Sunday's Quote: What a smile can hide 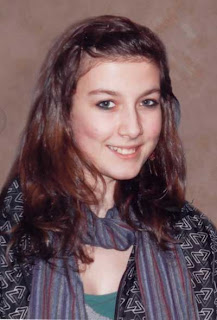 Born 15 years ago in Bedford, England, Phoebe Prince immigrated with her mother and siblings from a beach town called Fanore in eastern Ireland to South Hadley, Massachusetts in the autumn of 2009.  By mid-January, just several months after her arrival, Phoebe would be dead of a self-inflicted hanging -- the result of incessant bullying that pushed an innocent girl beyond her emotional limit.
Phoebe is not the first deeply wounded teen to commit suicide, nor, quite tragically, will she be the last.  Like most, I have not endured anything quite so suffocating.  Yet I have known taunting, abandonment, gossip and defamation, passive aggression, psychological manipulation, a couple of the most hardcore whisper campaigns ever, and ad hominem fallacies of numerous sorts, all of which are driven, as far as I can tell, by a self-centered neurosis that feeds on the perception of weakness.
I wrote of not one, but five personal experiences specifically for this post that have shaped me forever -- instances that could have led me to a fate similar to Phoebe's.  Yet I opted at the last minute to keep them to myself.  Close to me or not, to hell with my aggressors (and their Pavlovian dogs).
Some of the worst acts of iniquity in recorded history began with a smile and friendly word.  Justice is slow and rarely certain.  Not everybody gets a happy ending.  Believe me, a smile hides much.
"Never be bullied into silence.  Never allow yourself to be made a victim. Accept no one's definition of your life, but define yourself."
-- Harvey Samuel Firestone (1868-1938), founder of the Firestone Tire & Rubber Company and one of the leading industrialists of his time.
"Do not be bullied out of your common sense by the specialist; two to one, he is a pedant."
-- Oliver Wendell Holmes (1809-1894), one of the great writers of the 19th century and a native of the area where Phoebe met her fate.
"If you let a bully come in your front yard, he'll be on your porch the next day and the day after that he'll rape your wife in your own bed."
-- Lyndon B. Johnson (1908-1973), 36th President of the United States
Posted by AMW at 10:42 PM

And now I am curious.

I'll offer the short version of one particular story that isn't so hardcore:

A 200-page script I spent 11 months writing for a family I had known since the early 80's was stolen from me by the very people who introduced me to the project. All attempts to address them in person, over the phone, and via e-mail to resolve the matter rendered no results.

I penned an additional 15+ pages that detailed 17 "red flags" centering on the aspiring filmmaker who I'd known since he was literally in diapers. But in the end, nobody held them accountable -- no friends, church leaders, or even members of my family. All I ever heard was a six-word sentence repeated by eight different people that baffles me even now: "What do you hope to accomplish?"

Several years have passed and I still don't know the whereabouts of my screenplay. Even more, I'm put off by the reaction of those who should have offered some support. Yet for reasons never explained, no one dared. And as a result, I didn't write anything of substance until I began keeping this blog consistently some six months ago.