Sunday's Quote(s): The politics of protests 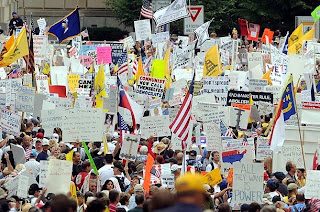 It wasn't long after CNN and TV One contributor Roland Martin compared those who questioned the legitimacy of President Obama's citizenship to Holocaust deniers that his like-minded counterparts on Capital Hill launched similar denigrations against the Tea Party movement.
Regardless of your position on the Obama administration's universal health care proposal, the tactics used to demonize those who merely object upon the basis of an economic crisis that becomes exceedingly worse by the day deserve better than the following remarks:
"They’re carrying swastikas and symbols like that to a town meeting on health care."
-- Nancy Pelosi (D-California, 8th Congressional District), Speaker of the House of Representatives
"The last time I had to confront something like this was when I voted for the civil rights bill and my opponent voted against it.  At that time, we had a lot of Ku Klux Klan folks and white supremacists and folks in white sheets and other things running around causing trouble."
-- Rep. John Dingell (D-Michigan, 15th Congressional District)
"What we’re seeing right now is close to Brown Shirt tactics."
-- Rep. Brian Baird (D-Washington, 3rd Congressional District)
"Republicans and their allied groups -- desperate after losing two consecutive elections and every major policy fight on Capitol Hill -- are inciting angry mobs of a small number of rabid right-wing extremists funded by K Street lobbyists to disrupt thoughtful discussions about the future of healthcare in America taking place in congressional districts across the country."
-- Democratic National Committee communications director Brad Woodhouse, who has a history of verbal bomb-throwing 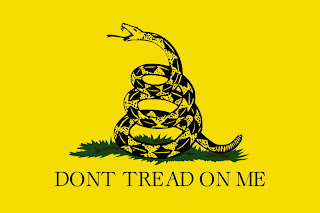